Looking for new ways to reduce student debt? Then consider attending an Early College High School (ECHS). These programs, which have gained in popularity over the last 15 years, give students the opportunity to earn a high school diploma and up to two years’ worth of college credits while still in high school. Some students even graduate these programs with an Associate’s degree.

Historically, the ECHS program was established to serve low-income students. Today, the target demographic is still low-income students, but the idea of earning two years' worth of credit while still in high school has attracted students from all socio-economic background. The increased interest in ECHS programs have made admission into some of these programs highly competitive.

The ECHS programs are made possible through agreements between secondary and postsecondary institutions. One of the champions of the Early College High School initiative is the Bill & Melinda Gates Foundation. The foundation has poured millions of dollars into the early college networks through organizations like Jobs For the Future (JFF). Today, there are hundreds of early college programs in over two dozen states, including the District of Columbia.

Each ECHS program will follow a residential or a commuter program model. An example of a commuter ECHS is Richland Collegiate High School in Dallas, Texas; a residential model is Texas Academy of Math and Science in Denton, Texas.

Students who attend an ECHS do not have to pay tuition. This allows them to earn college credits or, in some cases, an Associate's degree without accruing any student debt.

As a result, students can see a savings of tens of thousands of dollars. The average cost of tuition and fees for the 2018–2019 school year was $35,676 at private colleges, $9,716 for state residents at public colleges and $21,629 for out-of-state students at state schools (US News & World Report's annual survey).

Additionally, the cost of room room and board at many colleges could easily add another $15,000 to $20,000 on annually. Students who graduate from an ECHS can also enter the workforce earlier than their peers from traditional high schools.

You know the old saying: time is money? Well, graduating from an ECHS could reduce the number of years it takes to earn your Bachelor's degree; translated "money saved" (cha ching!). Students entering a four-year institution with two years' worth of credits will only need another two years, in most cases, to earn their Bachelor's degree.

ECHS students have the advantage of time. Highly motivated students can go on to earn a Master's degree in the same time it takes a traditional high school student to earn a Bachelor's without amassing too much student debt. Graduating early will also allow students to enter the workforce early and begin working towards financial independence (AKA: paying off debt, getting your own apartment or house, investing, giving back, etc.).

Students who attend "early college high schools are much more likely to enroll in and complete college than their peers in traditional high schools", according to a 2014 Hechinger report. Without the ECHS programs, many low-income students might not consider college as an option.

When you enter a four-year institution with most, if not all, of your lower level college requirements out of the way, you can begin sinking your teeth into classes directly related to your major. As an ECHS graduate, you are also less likely to get caught up in the remedial drop-out pipeline.

Students enrolled in an ECHS gain exposure to college life in a fairly supportive environment. These students are more likely to pursue higher level college courses at a four-year institution without the need for remediation.

ECHS students attend school on a college campus while still enjoying the supportive services of a high school.

Early College High Schools can be a great option to advance your college career and reduce costs. These programs can also increase your chances of graduating college.

If you are living in Texas, there are a number of early college programs to choose from. However, these are also hundreds of these programs available throughout the country. Take a look at those in your area to see if they are right for you.

Not sure what school
is right for you?

Subscribe below to receive our free Ultimate Scholarship Guide 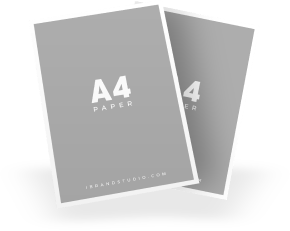 Want to learn the tips, tricks and strategies to win scholarships?

Subscribe below to receive our free Scholarship Essay Guide 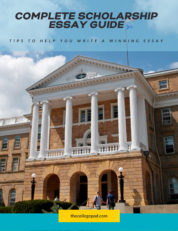 GET THE SCHOLARSHIP
ESSAY GUIDE

and learn how to find and win scholarships.